Though salt is the most widely used spice, peppercorn is the most widely traded spice in the world. And while it’s known as the king of spices, it’s actually a fruit. Yes, a fruit. From the Piperaceae family, the black pepper vine produces peppercorns, which are the fruit of the pepper plant that have been dried for use. 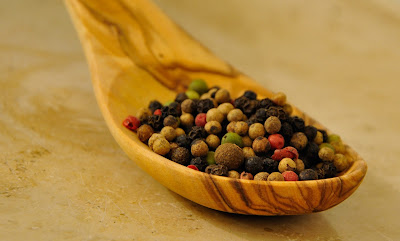 There are three types of peppercorns:
·         Green peppercorns are the unripe version of the dried fruit.
·         White peppercorns are derived from nearly ripe peppercorn fruits with the skin removed.
·         Black peppercorns, which have been cooked and then dried, are the most common.
What makes peppercorns so popular? Well, certainly the spice pairs well with an array of food options, and it also exhibits an array of health benefits you may not have known about. For instance, did you know that peppercorns may benefit those with diabetes and even exhibits anticancer activity, much like black pepper essential oil? It’s true, but that’s not all.

Turmeric has become very popular due to it’s amazing healing properties, but researchers indicate that it’s most effective if it’s combined with black pepper. Why? Because the piperine in black pepper helps the body absorb the amazing benefits of turmeric.
Recent studies share information regarding the positive effects of various spices, such as black pepper and turmeric, and how they may help reduce the risk of cancer. Black pepper contains a bioactive compound similar to capsaicin called piperine. This compound helps induce apoptosis, which can keep tumors away. That combined with the anticancerous affects of turmeric make this a great combination.
Further exhibiting peppercorns’ standing as cancer-fighting foods is research conducted at Dalhousie University in Halifax, Nova Scotia. It found that piperine “inhibits the growth of cancer cells, although the mechanism of action is not well understood.” Piperine both inhibited the growth of colon cancer cells and even induced apoptosis in some cells, providing “the first evidence that piperine may be useful in the treatment of colon cancer.” 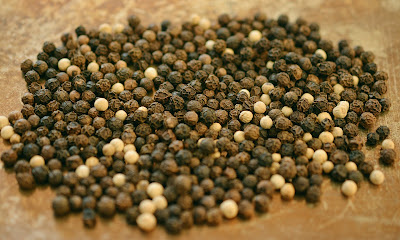 Black pepper sends a message to the stomach to release hydrochloric acid. It’s this acid that helps improve digestion. Through this process, it can help eliminate heartburn, indigestion and even gas.
Gastric acid is the hydrochloric acid component of the gastric juices that form in the stomach to prepare food for digestion and absorption by the intestine. Acid bathes the food bolus, or mass of food stored in the stomach, to help break it down so it can be easily digested. It’s believed that the piperine found in peppercorns can help produce the much-needed gastric acid so we have a positive and healthy digestion experience.

Black pepper, including in the form of black pepper essential oil or black peppercorns, has demonstrated itself to have impressive antioxidant and antibacterial effects — yet another way in which this wonderful seasoning promotes the health of the digestive tract. These beneficial antioxidants may help stabilize blood sugar. Regulation of hyperglycemia is one activity offered by peppercorns and their extracts, ultimately helping reduce free radical damage.
Recent research published in the Proceedings of the National Academy of Sciences of the United States of America studied piperine’s effect on obesity and diabetes. What the researchers found was that piperine helps the up-regulation of the metabolic rate of resting muscle, which in turn can mitigate obesity and diabetes, making it effective in combating obesity and making it excellent for any diabetic diet plan. 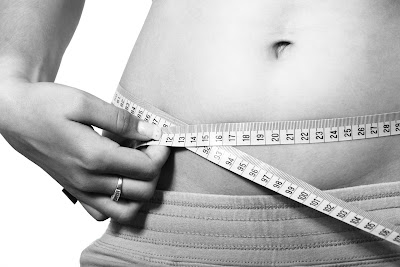 Many researchers believe that peppercorns are able to help burn fat due to the piperine they contains. For example, a study published in the Indian Journal of Pharmacology was conducted on rats, feeding them high-fat diets to develop dyslipidemia induced by obesity. The rats were given piperine and sibutramine for three weeks. What the researchers found was that “supplementing piperine with HFD significantly reduced not only body weight, triglyceride, total cholesterol, LDL, VLDL, and fat mass, but also increased the HDL levels, with no change in food intake.” This led them to conclude piperine can help reduce fat and lipids, which can help you lose weight.
However, more studies are needed to back this claim. That doesn’t eliminate the ability for pepper to help you reduce weight, though. Why? Well, pepper is a seasoning that can replace high-calorie sauces when cooking. Simply put, pepper has very few calories compared to heavy sauces and creams, so going for the pepper grinder may be a great way to help you drop a few pounds.

Since black pepper is nearly free of salt, using it instead of salt may help you reduce your overall salt intake, ultimately reducing high blood pressure. Less salt can help reduce fluid retention and uncomfortable bloating. Adding spices, such as black pepper and even ginger, coriander garlic and bay leaf, to your food instead of salt can help keep blood pressure in check without feeling like you are missing something.
A study conducted at Comenus University in Slovakia on rats found that oral administration of piperine, present in peppercorns, was able to prevent blood pressure from rising at least partially, while another study published in the Journal of Cardiovascular Pharmacology confirmed the blood pressure-lowering effects on rats. 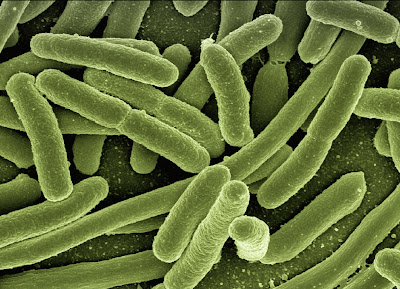 The piperine present in black pepper is a phytochemical, or phytonutrient, containing numerous anti-inflammatory effects, and it’s shown therapeutic benefits on bacterial development in mice. Researchers have investigated the effects of piperine on pyroptosis in rodent phagocytic blood cells and learned that piperine may suppress the development of disease-causing bacteria.

Article Source
Posted by Unknown at 13:30